“Very sorry to hear of the death of my first guitar teacher, the legendary Julian Bream. As a 13 year old, I was reduced to tears at my first meeting with him. He had asked me how well I wanted to play and, as I had no answer, he said “Would you like to be able to play it like this?” RIP, Julian, you have left a fine legacy.” – Andy Irvine

We are very sad to report that Julian Bream CBE (b. 1933), English classical guitarist and lutenist, died peacefully at home today, 14 August 2020. Julian had a distinguished and internationally renowned performing career, working with some of the 20th century’s most important musicians and composers. His catalogues of recordings for RCA and EMI Classics sit alongside his many BBC radio and TV appearances. His performing life is documented in the DVD ‘Julian Bream: My life in Music’, a compelling insight into this virtuosic and highly expressive musician during interesting times, and a piece of film of which he was very proud.

Julian entered the Royal College of Music in 1948, aged fifteen as a pianist and composer. He made his professional debut playing the guitar at the age of thirteen. He reclaimed the lute from historical obscurity in the 1960’s forming the Julian Bream Consort. He did more than anyone to place the classical guitar at the forefront of the professional classical music world, commissioning and performing the works of composers including Lennox and Michael Berkeley, Tom Eastwood, Giles Swayne, Alan Rawsthorne, Malcolm Arnold, Richard Rodney Bennett, Benjamin Britten, Leo Brouwer, Peter Racine Fricker, Hans Werner Henze, Humphrey Searle, Toru Takemitsu, Michael Tippett, William Walton and Peter Maxwell Davies. He gave his last recital in 2002.

In 2008 Julian set up the The Julian Bream Trust to provide financial assistance for the less well-off, young and gifted music students and to continue the important work of commissioning new compositions for the guitar, namely Harrison Birtwistle, Leo Brouwer, Julian Anderson, and Olli Mustonen.

Benjamin Britten’s ‘Nocturnal’ is arguably one of the most famous pieces in the classical guitar repertoire and was written with Julian specifically in mind. This set of variations on John Dowland‘s ‘Come, Heavy Sleep’ was never more moving than in the hands of this most natural of musicians. A fitting way to remember Julian at this sad time. 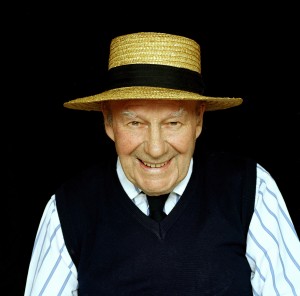 Pioneering Omagh guitarist Arty McGlynn has passed away at the age of 75.

During a long career he became well-known for his original guitar work and collaborating with artists like Van Morrison, Enya, Planxty, Four Men and a Dog and wife, fiddle player Nollaig Casey.

McGlynn was born into a musical family in Omagh in 1944 and quickly became involved in performing.

After initially learning the accordion he was gifted a guitar by his mother at the age of eleven.

He was playing professionally with bands by his mid teens and eventually went on the road touring with various musicians in the 1960s and 70s.

McGlynn was also in demand as a session musician for recordings with various artists.

His 1979 album ‘McGlynn’s Fancy’ is widely credited with bringing the guitar into the mainstream of Irish traditional music.

It led to greater prominence on the Irish musical scene and McGlynn became in-demand among traditional and folk musicians.

McGlynn’s collaboration with wife Nollaig led to two well-received albums ‘Lead the Knave’ and ‘Causeway’ and their music was featured on the soundtracks for films ‘Moondance’ and ‘Hear My Song’.

In the wake of the 1998 Omagh bombing McGlynn was one of a number of local artists to perform at a concert to raise funds for the victims.

He was awarded a lifetime achievement awarded for his contributions to music by Irish language channel TG4 in 2016.

The uilleann piper Liam Óg O’Flynn has died. He had been ill for some time.He was well known as a member of the traditional group Planxty with Christy Moore, Andy Irvine and Donal Lunny.O’Flynn also played on a number of best-selling discs, including the Brendan Voyage and Grainne Mhaol.

He was regarded as a master piper and a global ambassador for traditional Irish music.

O’Flynn was born in Kildare in 1945 to a musical family.

He gravitated towards the uilleann pipes and by 11 he was taking classes with the renowned Leo Rowsome.

He formed Planxty alongside Moore, Lunny and Irvine and they became an influential and innovative group.

They toured extensively and O’Flynn was able to bring his skill with the uilleann pipes to a worldwide audience.

He also worked with composer Shaun Davey on the Brendan Voyage.

His expertise was extensive and he worked with orchestras, on film soundtracks and with poet Seamus Heaney.

The Arts Council has expressed its regret at the passing of O’Flynn.

Chair of the Arts Council Sheila Pratschke said: “Liam O’Flynn has left behind him an incredible legacy of music through his recordings, his careful support of other musicians and artists and his dedication to transmission of the great heritage of Irish music to future generations.”

Ms Pratchske said he had a huge influence on the artistic life of Ireland and was well known for his artistic collaborations with artists from other traditions and practices.

Well-known showband star Des Kelly has passed away after battling illness for the last number of years.

The Turloughmore native is best known as a founding member of the Capitol Showband but also worked as a music promoter and manager.
Tributes from across the Irish music industry are pouring in this morning for Des, described as a music visionary and a gentleman.
Prior to his illness Des Kelly worked as a music presenter on Galway Bay fm for twenty years, joining the radio station when it opened in 1989.
His warm style of presenting and knowledge of music won him many listeners.

Andy had this to say about the good man: