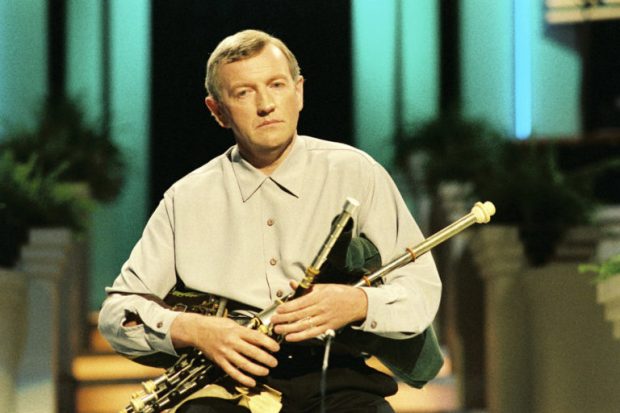 LOVERS of traditional music are in for a real treat on Easter Sunday when TG4 screens a documentary on the life and music of piper and proud Kildare man Liam O’Flynn.

This feature-length documentary tells the story of the master piper from his work with Planxty, to his ground-breaking orchestral work in The Brendan Voyage. Check out a taste of the documentary https://youtu.be/xqKhMPWhUS4

Liam O’Flynn was no ordinary musician. Acclaimed soloist, celebrated collaborator of Planxty, Seamus Heaney, and other leading musicians such as Kate Bush, Mark Knopfler and Emmylou Harris, Liam O’Flynn was one of Ireland’s greatest musicians.

This new feature documentary explores Liam’s remarkable reputation as a musician, revealing his extraordinary relationship with the most mystical instrument in the Irish canon – the Uilleann pipes.

An inherited tradition, Liam’s deep understanding and mastery of his instrument brought the unique sound to the wider world – to the ears of many for the first time.

This film examines how his talent developed and considers how he helped shape the course of Irish music.

Interviews with his wife Jane and their friends reveal the thoughtful and private man away from the stage – a man who had a deep affinity with the Irish landscape, and a special love of horses.

Made by DoubleBand Films, this documentary reflects on the life of an icon of Irish traditional music and explores the evolutions of his musical genius through interviews and contributions from those who played with him.

Here is the current schedue of Gigs, obviously these events are subject to change due to the current climate.

“Owing to the Irish Government’s edict of no concerts for more than 100 people. It’s with great regret that the Andy Irvine & Paul Brady tour has been postponed. We are re-scheduling for September and more information on this will be available in due course. Tickets remain valid for the postponed gigs in Vicar Street & Belfast.” Andy Irvine 2020-03-13