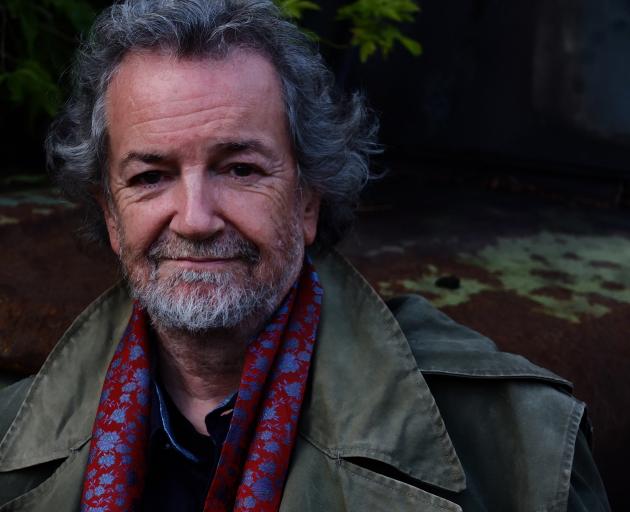 In a long career on the road, musician Andy Irvine has made connections with all sorts of folk, including a special friendship in Dunedin, writes Bill Morris. At the Auckland Folk Festival two weeks ago, I watched Andy Irvine perform his well-loved tune, O’Donoghue’s to a packed marquee.

“When I first set foot in O’Donoghue’s,” the song begins, “A world of music, friends and booze opened up before me.”

The song goes on to capture the magic of Irvine’s early days, when he played and sang in that fabled Dublin pub, alongside musicians who would become icons of Irish folk music.

O’Donoghue’s in the 1960s was a hotbed of music, and a home away from home for the likes of Luke Kelly, Christy Moore and Joe Heaney.

From this scene would spring the Dubliners, and Irvine’s own group, Sweeney’s Men — bands that brought traditional Irish tunes and songs into the heart of Dublin, reviving an interest in the country’s musical culture among younger generations and spearheading the Irish folk revival of the 1960s and 1970s.

It’s hearing this song, and appreciating the legendary names that populate its lines, that really brings home just what a musical treasure Andy Irvine is.

“O’Donoghue’s was a fabulous place to be,” he tells me.

“I was in there more or less every day. I had a flat just across the road. It was very important to my evolution as a musician.”

London-born, Irvine went to Ireland as an actor, but his life changed irrevocably when he discovered the songs of the American folk singer Woody Guthrie.

Irvine corresponded with Guthrie as he lay dying on his sick bed in a hospital in New Jersey, and Guthrie would remain a guiding light along Irvine’s musical journey.

“I graduated from listening to Woody Guthrie and trying to sound like him, to discovering Irish folk music,” hesays.

Irvine blended the harmonica-accompanied guitar style of his hero with traditional Irish instruments, tunes and songs, as well as writing his own material. This melding of traditions has always informed his career.

“We didn’t really distinguish between English, American, Scottish and Irish music,” he says. “If we liked the song we sang it.”

Eastern European music, in particular, made itself at home in Irvine’s creative soul, and he was part of a group that introduced the bouzouki, originally a Greek instrument, into the Irish scene.

Irvine travelled extensively in Eastern Europe during 1968 and 1969, absorbing many musical influences.

Back in Ireland, he was invited to help record songwriter Christy Moore’s second album, and the group of musicians that gathered to do so would form a new band, Planxty.

Planxty performed their first show, as a support act for Donovan, in Galway in 1972. It was a moment that would go down in Irish music history.

Blinded by the stage lights, he initially feared the crowd were rioting,

“We were gobsmacked,” he says. “We had no idea that what we were doing was going to be such a success.

“I think that was the biggest buzz of my whole life.

“To this day, if you asked (fellow Planxty members) Christy or Donal what did we think we had that the audience appreciated, we wouldn’t really have the answer.”

Planxty would go on to enjoy huge success throughout Europe, becoming perhaps the most influential Irish traditional band of all time.

“It was very much musicians’ music,” says Irvine.

“Even musicians who are too young to remember those days very often quote Planxty as being one of their big influences.”

As a solo songwriter and with bands including Planxty, Patrick Street, Mozaik, LAPD and recently Usher’s Island, Irvine has now recorded dozens of albums.

His 1991 song “Never Tire of the Road,” is intended as a tribute to Woody Guthrie, but might as well describe his own life.

His incessant travels have led him to New Zealand numerous times, and Irvine is well known to many in the folk scene around the country. He maintained a particularly close association with Dunedin songwriter Marcus Turner, until Turner’s death in 2016.

“It’s perfection in rhyming and scanning. He was a very precise man, and his songwriting is very precise.

“I first met him at Wellington Folk Festival in 1984, and I met him every time I went to New Zealand after that. We really did relate to each other. When I heard about Marcus’ death, I was devastated.”

Throughout his career, Irvine has railed against social injustice and championed workers’ rights. I ask him if he thinks songwriting can still be a force for social change.

“An audience singing that loud makes me feel like I’m doing some good. But I’m probably playing to the converted. People who are right wing fascists don’t come to my gigs.”

Now aged 77, Irvine still can’t entirely put his finger on what continues to get him out touring.

“Since I wrote a song called Never Tire of the Road, I can’t really ever tire of the road, can I?”