IT’S FITTING Planxty should return to Galway as part of its reunion tour. After all it was in Galway the legendary quartet of Dónal Lunny, Andy Irvine, Liam O’Flynn, and Christy Moore played their first major concert. ANDY IRVINE talks about Planxty’s reunion, blowing Donovan off the stage, and how history proved him wrong on ‘Raggle Taggle Gypsy/Tabhair Dom Do Lámh’. 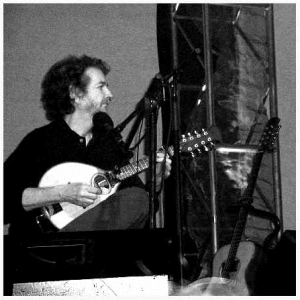 Planxty will play three nights in the Radisson SAS Hotel on Monday December 6, Tuesday 7, and Wednesday 8. Planxty’s return to Galway shows things have come full circle for the band. Andy Irvine says Galway was the “starting off place for Planxty” in 1972, when they supported Donovan at the old Hangar Dancehall in Salthill.

“Planxty’s first major gig and big success was at the old Hangar supporting Donovan. We blew him off the stage!” Andy tells me, recalling the show. “It was the first gig of a short tour we did with Donovan. As I recall I was quite nervous as I had never seen such a lot of lights and microphones before. The soundman, who was Donovan’s brother-in-law, appeared to pay us scant attention – as you might expect, being the support.

“I concentrated hard behind my microphones, intent on playing the right notes and singing the right words! It was about 20 minutes into our 40 minute set that I realised something unusual was happening in the audience. My first thought was a fight had broken out. I had experienced such things in dancehalls before. I looked across the stage at the others who were all wreathed in smiles. Slowly, it dawned on me that the audience was reacting to us and the music. That was about the biggest buzz of my life! At the end of each number the audience went wild, and we collapsed into hysterical laughter at the unexpectedness of our success. If there is one occasion that stands out above the others during my time in Planxty, it would have to be that Hangar gig!”

The individual members of Planxty were all prominent on the Irish music scene. Lunny had been in Emmet Spiceland, Andy in Sweeney’s Men, Christy was a solo artist, and Liam O’Flynn was active in Irish trad. However it was when the four came together to work on Christy’s classic 1971 solo album Prosperous, that the idea of starting a band arose.

By 1972 Planxty was in action and had recorded its eponymously titled debut (known to fans as ‘the black album’). However there was surprise among ‘purists’ that Liam O’Flynn had joined and at the time the band was described as “three hippies and a civil servant”. Did Ó Flynn find it difficult to fit in?

“Liam was, perhaps, quieter and more reserved generally, than we other three,” Andy says. “As the ‘traditional’ musician amongst us, I think he had a certain amount of criticism from some other traditional musicians to contend with. ‘What was he doing playing with a bunch of guitar and mandolin toting hippies?’ I’d say the fact that Seamus Ennis was a supporter of the band helped him through that. We all got on very well from the outset. Christy and Donal knew Liam from early days I think, and I knew him a bit from the Dublin trad music scene.”

Their detractors were soon silenced when Planxty showed what extraordinary musicians they were on albums like The Well Below The Valley and songs like ‘The Blacksmith’ which pushed the boundaries of what Irish music could achieve. However their most famous recording is ‘Raggle Taggle Gypsy/Tabhair Dom Do Lámh’. How did the celebrated segue from one track to the other come about – was it deliberate or did it just happen in rehearsals?

“The segué for ‘Tabhair Dom Do Lámh’ came at the instigation of Christy,” Andy remembers. “It was at a rehearsal in my flat in Donnybrook for his album Prosperous in June 1971. I still have that rehearsal on tape. Christy wondered if it would be possible to marry the tune to the song. Donal came up with the key. At the time, I thought it was a bit facile and didn’t work that well. History has proved me wrong!”

Planxty’s 2004 reunion concerts have been an unqualified triumph (as testified on the excellent Live 2004 album) but it was not the first time the band got back together. “We re-formed once before in early 1979. That was only a little over three years since we had broken up,” Andy says. “This reformation is 21 years after the subsequent break up…We are all a lot older and wiser now! I think the success of our current incarnation has a lot to do with our musical and life experiences during those 20 odd years. Though it’s true that much of the material we played in January/ February this year was from the old days, nevertheless it felt very fresh and that freshness lasted for the entire run of the concerts.”

Andy says the audience reactions have exceeded all his expectations. “It was genuinely uplifting to go on stage each night that we played,” he says. “Sometimes it was as if the audience was nearly bursting with joy. A very moving experience.”

However Andy says the band has no immediate plans for anything post January 31 2005. “Planxty is a ‘one at a time’ band these days,” he says. “We will see how this next raft of gigs goes and then decide if there is to be anything further.”

Tickets for Planxty’s Galway shows are still available but are selling fast. They can be purchased only from Redlight Records on Shop Street and Eglinton Street.