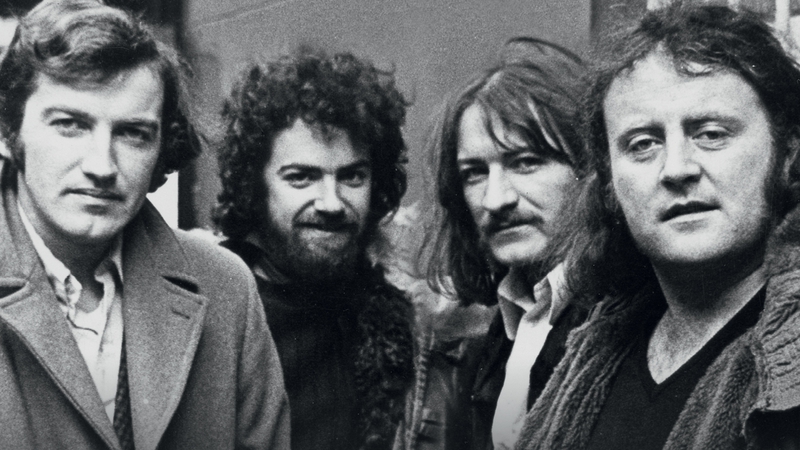 Label
Universal
Year
2016
The CD consists of 17 tracks drawn from the handful of studio albums, beginning with Christy’s inimitable version of Norman Blake’s True Love Knows No Season (Billy Gray) and ending with Timedance, the Eurovison interval music in 1981, when Dublin hosted the event following Johnny Logan’s win the previous year.
This is gently understated music from another era, carefully arranged with an ear for variety. Liam O’Flynn’s pipes come in on two different breaks, over Donal  Lunny and Andy Irvine’s delicate tracery of mandolin and bouzouki and odd spurts of harmonica.Irvine’s wisftul ballad, Baneasa’s Green Glade, recalls the song-writer’s days travelling in Eastern Europe in the late sixties. Indeed it prompted your reviewer to check on Google as to where Băneasa actually is located. Up comes an ad for Băneasa Shopping City, an up-market mall, near Bucharest, in stark contrast to the leafy glade and pastoral scene evoked by Andy. One discovers further that Băneasa was sparsely populated with great spaces of parkland before luxury apartment developments ten years ago. Andy must have been singing about the parkland. . .Si Bheag Si Mhor, Follow up to Carlow, The Well Below the Valley are all here, all imperishably great. The Well Below the Valley features Christy’s solo voice with studry bodhrán accompaniment, and multi-tracked tin whistles and pipes as the song draws to a close. Junior Crehan’s Favourite is as fresh as a May morning in the eponymous musician’s own County Clare.

Junior Crehan’s Favourite is paired with Corney is Coming, as Christy’s bodhrán gives the latter tune propulsion and heft. Andy’s The West Coast of Clare is heart-breaking, a sad song remebering great times, a dark canvas of lost love.

There is an organic credibility about the early material, and no sense of post-production, just the expertly- woven wool of the music. An appealing instrumental, Accidentals – new to these ears  – is paired with Andy’s sensitive reading of  Aragon Mill, a lament for lost industry from the pen of American singer-songwriter and social activist Si Kahn.

Timedance is pleasant and jazz-influenced but it is not core Planxty material. It’s more of a piece with Moving Hearts, the newly evolving band with Christy and Dónal on board. That said, the original Planxty line-up, as featured the first so-called `black’ album especially, were one of a kind who deserve to be re-discovered by every generation interested in Irish music.

Also included is a comprehensive DVD history, beginning with a 1972 Late Late Show appearance, featuring another classic Planxty number, Blacksmith (A blacksmith courted me . .) and concluding with a 1982 Festival Folk performance. Terrific stuff.